In my never-ending quest to find eyeshadow that works for my older, dark, hooded, crepey –  and even somehow oily – eyelids, I may have stumbled on a really good one.

So far, I only like the Too Faced Just Peachy Mattes palette, and a few shades in the Anastasia Beverly Hills Modern Renaissance palette.

During the big Ulta sale, I tried and returned two palettes, the Persona Identity palette and the Tarte Maneater2 palette. The Persona palette – although the colors were lovely, just didn’t seem to work with my older eyes, and the Maneater palette was one of many palettes that just disappear in a few hours on my rather oily eyelids.

But I tried another big palette. Ulta is now offering Morphe shadows (and their extremely good brushes, btw). I have seen wonderful reviews on the relatively inexpensive Morphe eyeshadow, so I bought one – I purchased the 25B ‘Bronzed Mocha’ 25-pan palette. 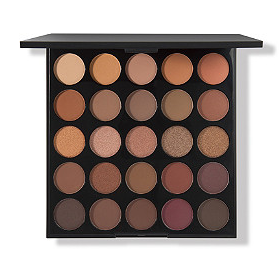 This is a lot of product for $18. But to tell you the truth, I found the quality just sort of average, and many of the shades are nearly identical look when applied. Lasting ability, which is important to me, was okay, but not spectacular.

I bought this palette after considering the 9B Bronzed Babe – a nine-shade version in the bronze category. But the nine shades were $12 and the 25 shades were $18, so I thought it was worth it to go with the bigger version. In retrospect, given how similar a lot of these colors look, I would have probably been just as “averagely” satisfied with the smaller size. But I did keep the product and I’m using it occasionally.

HOWEVER…  I did find a terrific small palette!

I saw a review by a YouTuber I like very much, and she mentioned a tiny palette from L.A. Girl –  the Eye Lux mesmerizing eyeshadow quad, in the version called ‘Eternalize’. 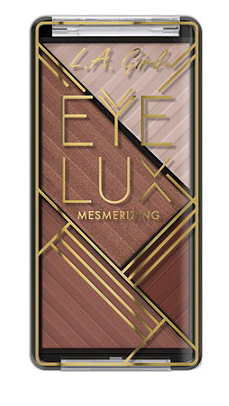 And OMG, the shadow is creamy and well-pigmented. I don’t really have too much need for a white shadow, but the three rosy brown shades are SO FLATTERING.

And they last on my lids all day – no creasing or fading.

If you were traveling, and needed to travel light, this palette could be all you need.

I’m on my way to the gym here, but had to stop at the store first and wanted to look presentable (and I confess, I wear makeup to the gym), so I have a nice light application. 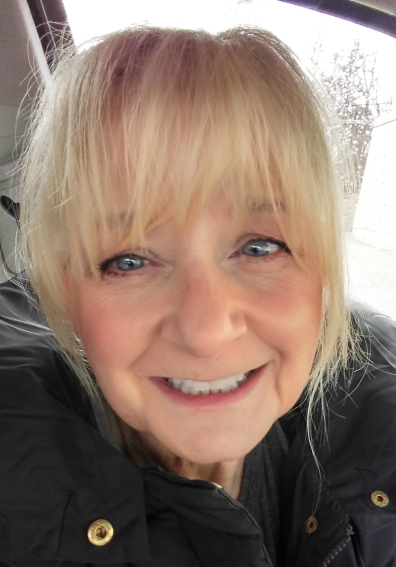 And yes, it’s April and I am still in my parka (it was snowing!).  But my makeup is all spring, with rosy cheeks and a pretty pink lip.

The blush is Clinique Cheek Pop in ‘Black Honey,’ which I think might be a limited edition, but may still available exclusively at Sephora. It is highly pigmented and looks quite dark in the pan (although not quite as dark as it appears in the photo), but it’s sheer at the same time, so blends out to a healthy flush. I brushed it across my nose as well, to get that summery look. 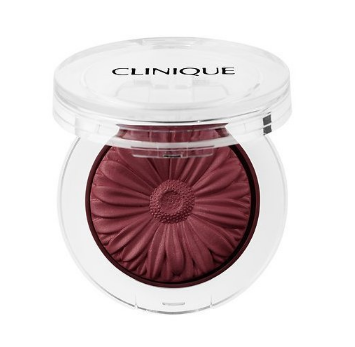 On my lips, I’m wearing just a touch of Buxom Powerplump Lip Balm in ‘Glowing’. This is one product that proves you shouldn’t rely TOO much on reviews, as the reviews on this are not exactly “glowing”. But I tried it in Sephora and absolutely loved the way it translated to a warm pink on my lips. And it has a refreshing and soothing minty smell and taste. (Don’t take the plumping claim too seriously though – some of Buxom’s lip products are quite plumping but not this one.) And for a balm, the color is extremely long-lasting. 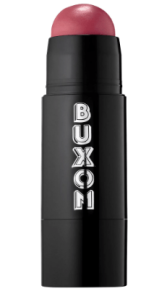 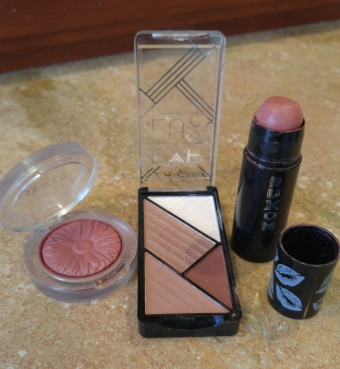 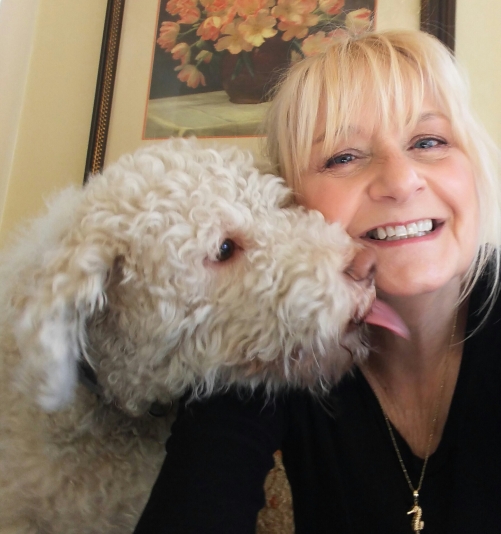